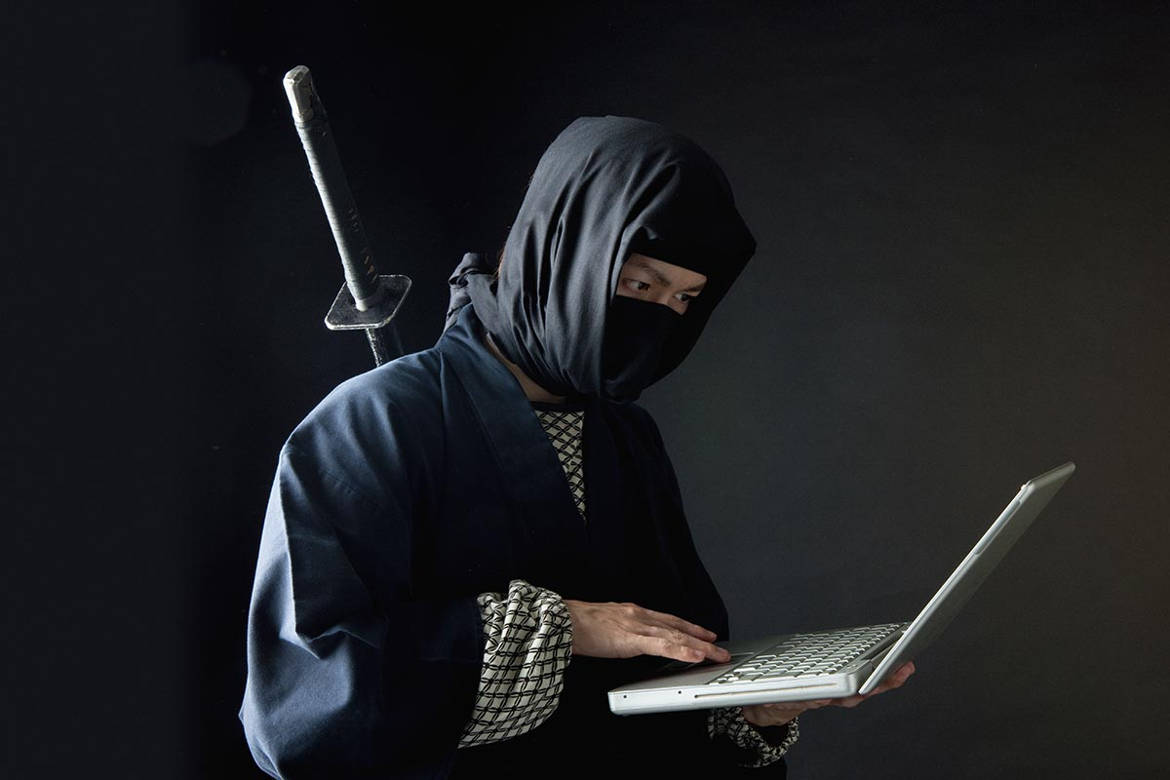 Colleges looking to compete for students have added new fields like cybersecurity, political campaign management, and even beer fermentation. (That last one seems a bit indulgent, given how many college students pursue rigorous self-study programs in malt beverages with no promise of academic credit at all.) Perhaps it shouldn’t surprise you, then, that a Japanese man has earned the first-ever master’s degree in Ninja Studies after two years studying the history, traditions, and fighting techniques of Japan’s legendary stealthy soldiers at Mei University’s International Ninja Research Center.

Ninjas date back as far as the 12th century, but reached their zenith during the Sengoku period from 1467-1615. This was a chaotic era, with a series of weak emperors nominally pretending to rule the country but various daimyo, or samurai warlords, fighting for real power. The ninja hired themselves out as stealth soldiers and mercenaries to the daimyo, especially for operations forbidden by the code of honor. Naturally, that got us to wondering (because we clearly don’t get out enough), what sort of taxes did those ninjas pay?

A quick visit with Mr. Google reveals that taxes in feudal Japan were based on rice. In fact, taxpayers delivered their share at every level of government in the form of grain, and much of Japan’s transportation infrastructure developed specifically to get those taxes delivered. Typically, farmers paid about 40% of their crop in taxes, regardless of the price at the time (which created its own problems in times of inflation). Villages paid tax as a unit, with the head of the village deciding how much each individual farmer paid.

Naturally, some villages went the extra mile to pay less. They plied visiting tax assessors with alcohol and showered them with gifts for lighter loads. Farmers even faced a planning choice similar to today’s decision between traditional IRAs and 401(k)s (that let you take your tax break today) or Roth accounts (that let you save it until you take your money out). They could choose to be assessed annually (kemi). Or they could choose every five years (jomen), which meant less time dealing with crooked tax collectors, at the risk of crop failures leaving them short.

Actual ninjas were farmers themselves, typically born into ninja families and trained from childhood. As they grew older and more experienced, they hired themselves out to daimyo. It’s likely they paid no tax on the income from the spying, the sabotage (mainly arson), and the assassinations they carried out. As we’ve seen, taxes in Sengoku and Edo Japan weren’t based on earned income. And even if there had been such levies, the ninjas’ paymasters were the same lords who were responsible for collecting rice-based taxes from everyone else.

Today the ninja live on mainly in myth. There’s no evidence they ever dressed in the all-black garb you see them wearing in popular depictions — they dressed like ordinary peasants to blend in with everyone else. If they really could make themselves invisible or walk on water, those secrets are lost to us. (And really, if you could make yourself invisible, wouldn’t it be worth paying a little extra tax to get away with it?)

But the ninja tradition lives on in a surprising corner of the world, and that’s tax planning. One professional association for tax-planning professionals even urges graduates of its flagship “Green Light Academy” program to style themselves as “tax ninjas” to attract clients. (That’s us.) So let us put our skills to work for you, and see how much grain we can save!