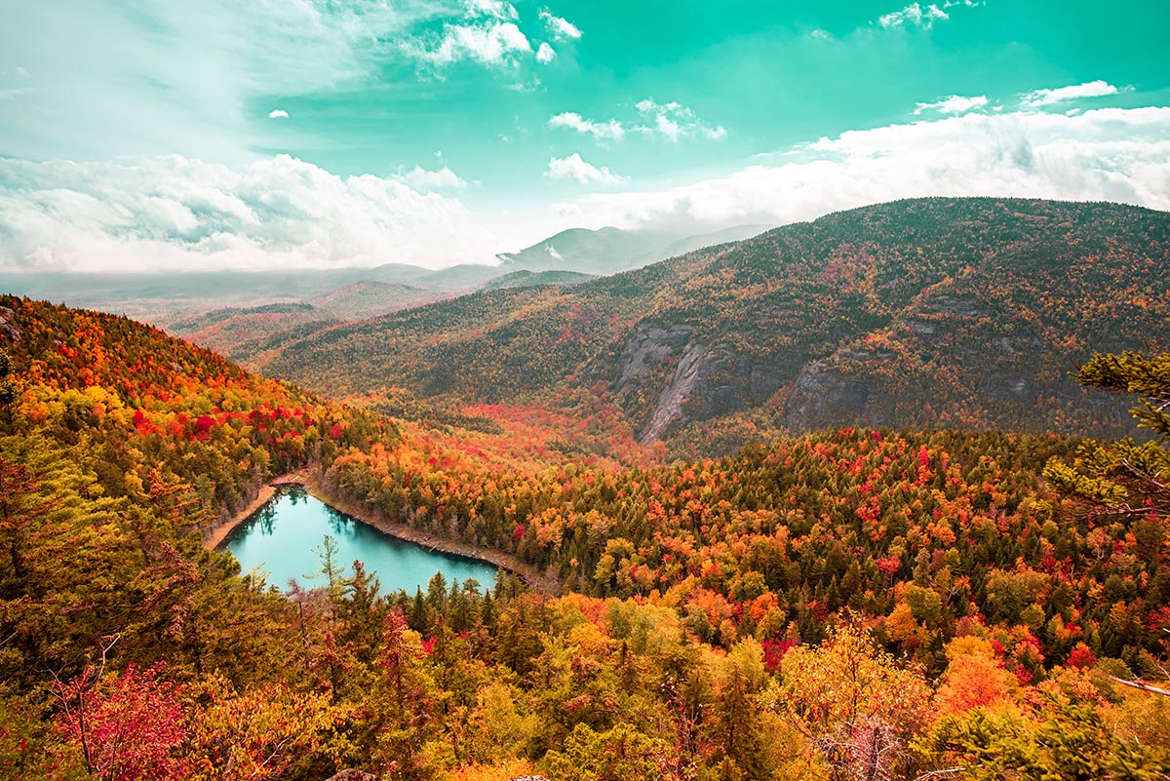 Looking For a Lake House?

A century ago, New York’s richest families didn’t summer in the Hamptons. (Yes, this is a story about people who use “summer” as a verb, with a straight face.) Back then, clans like the Rockefellers, Morgans, and Huntingtons headed upstate to the “Great Camps” of the Adirondacks, a constellation of compounds overlooking the area’s forested lakes. The camps generally revolved around a grand log mansion and collection of outbuildings — calling them “cabins” is like calling Newport’s mansions mere “cottages.” Many of them are National Historic Landmarks.

Now, the greatest of those remaining camps has hit the market. “Whitney Park” sprawls over 36,000 acres with 22 lakes — the largest privately-held property in the state. The driveway from the gatehouse to the main house starts in one area code and finishes in another. (Bonkers, right?) When you finally get there, you’ll find 17 bedrooms and 11 baths spread over four buildings, plus a two-story boathouse for hosting dances. It can be yours for just $5,000/acre, or $180 million. And thanks to a quirk in the tax code, the seller will keep millions more of those proceeds.

William C. Whitney, who served as Grover Cleveland’s Secretary of the Navy, assembled 80,000 acres that included Whitney Park for $1.50/acre in 1897. 51,000 of those acres eventually passed to his grandson, Cornelius “Sonny” Vanderbilt Whitney. (Don’t let the Vanderbilt name fool you — the real money came from the Whitneys.) When Sonny died in 1992, he left it to his fourth wife Marylou. When she died last year at age 93, she left it to her third husband, John Hendrickson, now 55.

Here’s where taxes come in. If any of Camp Whitney’s owners had ever sold it, they would have owed tax on the difference between the “basis,” or purchase price, and sale price. However, each time the owner died, the property’s basis “stepped up” to its fair market value as of the date of death. In short, dying rather than selling wiped out any taxes the heirs would have owed. Those haircuts today include a 20% capital gains tax, 3.8% net investment income tax, and an 8.82% state tax.

Stepped-up basis lets Hendrickson avoid tax on every dime of gain through Marylou’s death last July. In fact, if he shows the current economy has lowered its value since then, he can even claim a loss. (And we did the math: appreciating from $1.50/acre in 1897 to $5,000/acre in 2020 works out to 6.82%/year.)

We couldn’t help but notice that Marylou was already married to her second husband by the time her third was born. But Hendrickson is no gold-digging lightweight. In 1997, Marylou sold another 14,700 acres to the state of New York, which operates it as the William C. Whitney Wilderness Area. Governor Pataki had offered $7 million. But Hendrickson’s hardball threat to develop 40 shoreline estates terrorized the local Sierra Club and pressured the state into raising the price to $17.1 million.

(Having said that, a reporter once asked Hendrickson what he would do if someone mistook Marylou for his mother. “I’d say ‘I hope she spanks me,'” was his reply.)

Stepped up basis is the dirty little secret behind a lot of family fortunes. You’ll do well to consider that in your own planning. For example, none of your gains in a traditional IRA will ever qualify. But that’s where we come in. We aren’t not just interested in telling you how much you owe. We want to help you use smart strategies like stepped-up basis to pay less. And you don’t need to own 36,000 acres to benefit. So call us!