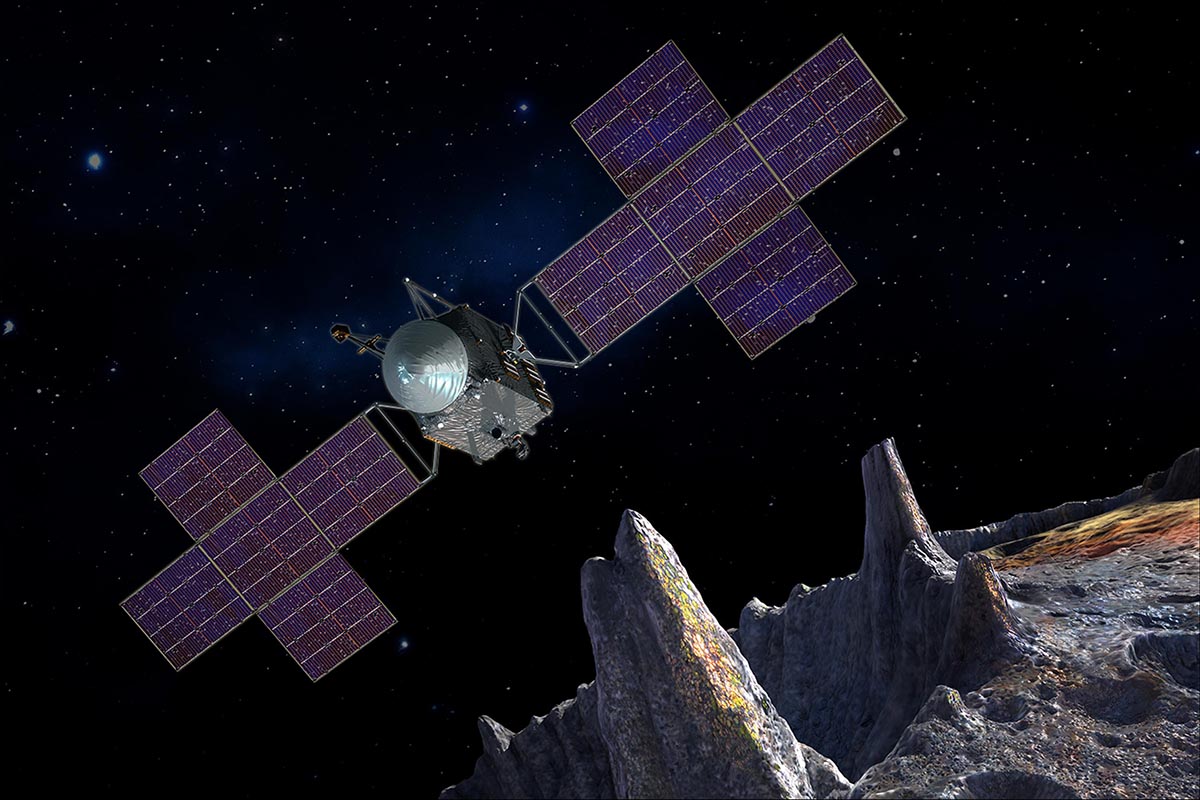 To Boldly Tax WHAT No Man Has Taxed Before

Last week, we wrote about the sad fate faced by astronauts preparing for a brave new world of space commerce. Specifically, they’re fated to wind up paying the same tax bills on their interplanetary income as they do on the earthbound work they do today. But that’s not the only thorny tax issue facing the budding space industry. Someday we’re going to bring valuable stuff back from space, and not just to study it or display it. What then?

NASA’s Hubble telescope orbits the earth from 340 miles up, blissfully unaffected by the Boschian nightmare we laughingly refer to as “2020.” (And boy, are we envious.) One of the countless objects it’s observing is an asteroid named 16 Psyche. While most asteroids are made of rock, 16 Psyche appears to be the exposed nickel-iron core of an early planet. Those metals make it the most valuable object in the solar system, worth a possible $10,000 quadrillion. (That’s more than the earth’s entire annual economy.) It’s a fascinating example of what Mother Nature can do after a few too many Red Bulls.

NASA is already planning to launch an expedition to the asteroid, leaving in 2022 and arriving in 2026. But while NASA currently doesn’t have the technology to mine Psyche, it’s just a matter of time before somebody does. (Are you listening, Elon Musk?) When they do, the same U.S. government that spent $28 billion to land men on the moon will want a piece of that action.

The current system we have for taxing natural resources here on Earth seems like a good starting point for taxes in space. Fossil fuel companies and miners can deduct the cost of drilling equipment under whatever depreciation rules exist at the time. They can deduct “intangible drilling costs” like wages, fuel, supplies, repairs, survey work, and ground clearing. And small producers can take a “depletion allowance” of 15% of their income to reflect that fact that the well will eventually run dry.

The biggest question probably involves establishing “basis.” When Exxon buys a few thousand acres of Texas scrubland, hoping to find oil somewhere deep below, they don’t get to deduct that cost. That’s because they can hold the land, use the surface for other purposes, and eventually sell it. What happens when Spacely Sprockets invests a few billion dollars to pull an asteroid like Psyche 16 into near-earth orbit to shorten the trip from surface-to-surface? Will those costs be deductible, or will they have to be capitalized?

Of course, asteroid mining poses some special dangers that terrestrial miners don’t face. What if careless quality control inspectors accidentally download the Andromeda Strain along with a payload of precious metal? What if the scientists in charge of the operation make poor decisions, or yield to unethical temptations? (You’ve seen Jurassic Park, right? Don’t ask which one, they’re all the same.)

Fortunately, the tax code stands ready with all sorts deductions for disaster losses, environmental cleanup, and even tax-free reimbursements for employee medical costs resulting from space mishaps. There’s no rule that they have to occur here on Earth. And innocent victims will surely appreciate extra time to file if they live in a federally-declared disaster area — say, directly underneath a falling space rock.

None of this means anything to anyone yet. But don’t be surprised to wake up in a decade and find Congress debating planetary exploration incentives as part of the Tax Reform Act of 2030! A better time to tax plan and recognize tax savings here on earth is now, before 2020 ends. Contact us today to find out how much we can save you in taxes!