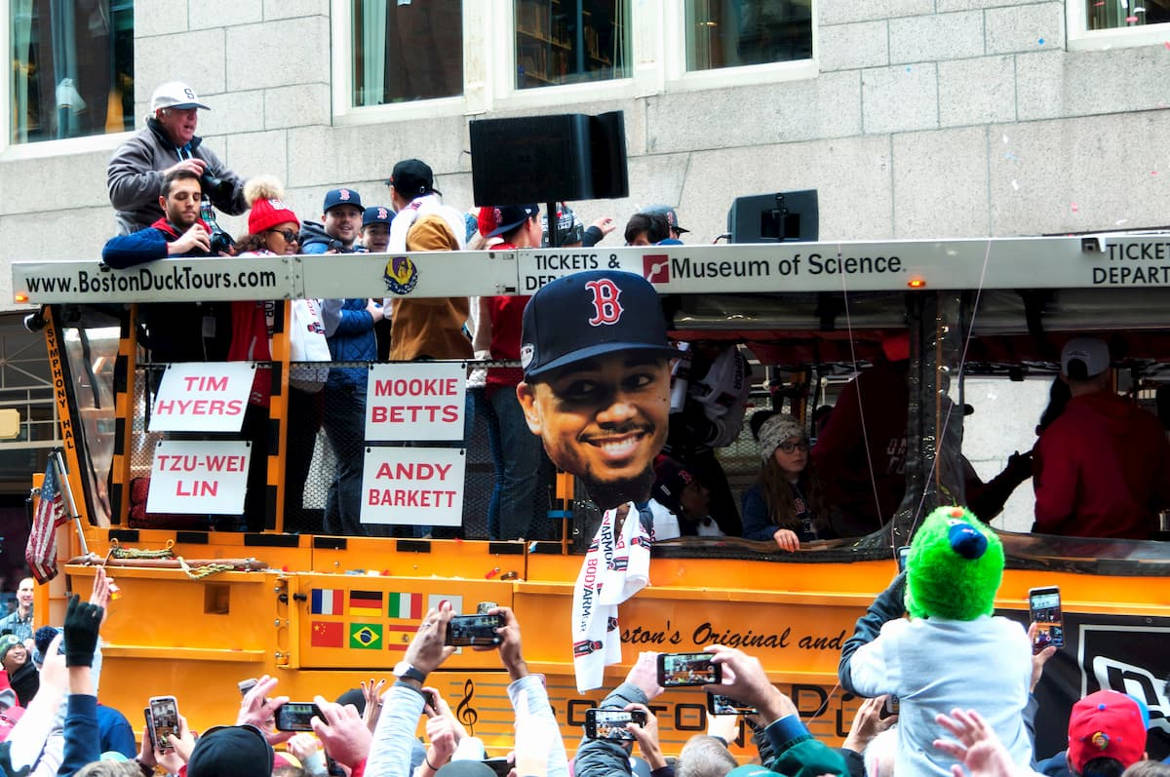 Would You Take This Betts?

Sportsball fans who already miss NFL action have just weeks to wait until baseball throws out the first pitch on March 26. While the Astros cheating scandal dominates baseball news, teams across the league are furiously shuffling rosters in hopes of coming up with the winning lineup.

100 years ago, the Boston Red Sox sold their best player, a pitcher named Babe Ruth who wanted to bat every day. Owner Harry Frazee had run out of patience for Ruth’s drinking, gambling, and womanizing, and Ruth’s hitting prowess made him too expensive to keep. The Sox spent the next 86 years regretting that deal. Now they’re doing it again, sending outfielder Mookie Betts and pitcher Mike Price to the Dodgers. And it’s all to keep their billionaire owner from paying the league’s Competitive Balance Tax to keep him.

When you hear the phrase “luxury tax,” you might think of politicians stumping against income inequality. Baseball’s “luxury tax” fights inequality, too. The goal is to keep big-market teams like the New York Yankees or Los Angeles Dodgers from bidding up salaries to corner the market on talent. (Funny how no one worries about the Mets doing it.)

Where does that leave Boston? In 2018 their payroll was highest in the league at $239 million. It bought them 108 regular-season victories and a World Series trophy. It also meant $12 million in tax. For 2019, they were highest again at $243.7 million. That cost them $13 million. Mookie Betts was scheduled to make $27 million this year, his last before free agency. His teammate Price was scheduled to make $32 million.

Now, Boston’s owner, John Henry, ranks 33rd on Forbes magazine’s list of the richest sports team owners. His net worth stands at $2.7 billion. But he must be feeling the same pinch Frazee did a century ago. Take his Florida mansion, for example. Back in 2018, he listed it for sale at $25 million. Now he’s marked it down 40% to $15 million, which would cover a dozen or so games’ worth of player salaries. (Property taxes are $138,907/year, and it can’t be cheap hiring staff to clean the 19 bathrooms.)

So, sending Betts and Price packing drops the roster down to $190 million and solves the luxury tax problem. Of course, solving that tax problem creates a new one. Betts was arguably the team’s best fielder in 50 years. Look up “franchise player” in the dictionary, and . . . well, you know the rest. Price was the team’s #3 pitcher; last year he went 7-5 with a 4.37 ERA. (Sadly, that’s what you get for $32 million today.) Baseball writers are crying foul, accusing Henry of putting profits over winning. Where will the Sox stand at the All-Star Break? Bang the Astros’ trash can if you know!

Baseball may be “just a game,” but those are real dollars the Sox are paying in tax. Just goes to show, nobody likes paying more than they have to, and you shouldn’t either. That’s why you need a Golden Glover like us on your team!