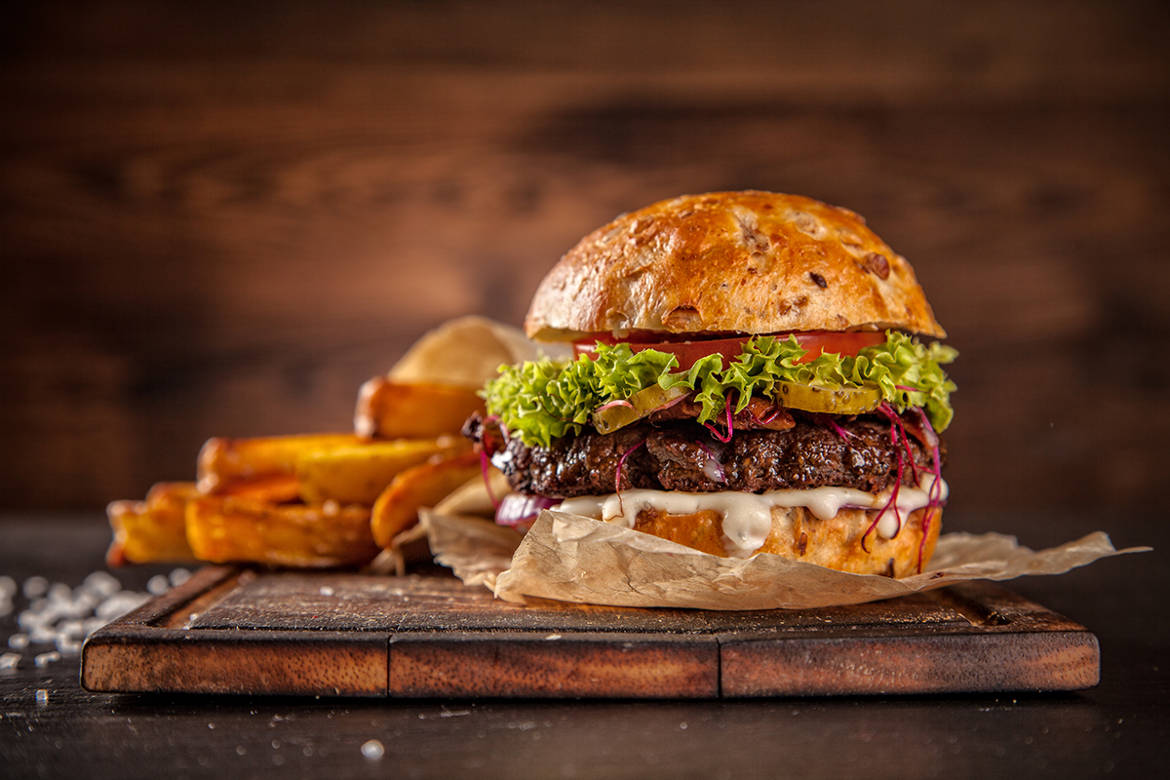 Memorial Day weekend is fading in the rearview mirror, and we’ve ventured outside to commemorate those who gave their lives in service to their country. Summer is as officially “open for business” as it can be in this year of coronavirus. But there’s a lesser-known occasion coming up that the average American celebrates three times per week — and all year long, not just at their Memorial Day cookout. Thursday, May 28 is National Hamburger Day. And our friends at the IRS collect billions in taxes on the delicious dietary staple.

The burgers we love originated as the “Hamburg steak” in 18th-century Germany. But burgers date back far longer in history. Ancient Egyptians took ground meat and formed them into patties with various spices. And Genghis Khan’s Mongol hordes cleverly tucked patties between their saddles and their horses so the friction from riding would tenderize the meat. They ate the patties raw, which may help explain why Mongols aren’t still terrorizing the world. Eventually, the taste for raw ground meat made it to Russia, where it became steak tartare before finally making its way to Germany.

Today, Americans eat over 50 billion burgers per year. (With roughly 330 million of us enjoying them, that’s where the “three times per week” figure comes from.) McDonalds alone sells 75 per second, or 270,000 per hour. The cost of a burger ranges from $2.16 in Arizona up to $2.75 in Hawaii (where they probably put pineapple on top, which is an abomination to everyone except those peculiar people who think it somehow belongs on top of pizza).

Naturally, those burgers mean juicy taxes for federal, state, and local governments. Burger joints collect billions in sales taxes, pay billions in income taxes on their profits, and drop billions in property taxes on their locations. McDonalds has paid anywhere from $1.8 to $3.4 billion in federal, state, and international taxes over the last five years. Now multiply that by all the other burger vendors, and you’ll see why tax collectors love pulling up a seat at the table.

Income taxes take a big enough bite out of burger profits to make it worth biting back. In 2014, Burger King acquired Canada’s Tim Hortons in a whopper of a “tax inversion” that moved the company’s headquarters to Toronto, where the top corporate rate is 8.5% lower than here. Burger King has also funneled much of its European income through Switzerland for a 15% effective rate. (Ironically, Burger King’s fattest market outside North America is Germany, which makes us wonder if all those lederhosen-wearing Germans are proud of what that creepy King mascot has done to their invention!)

Of course, not everyone appreciates a classic beef burger. Raising cattle swallows a lot of resources, including land and water. Cows are a prime source of methane, mostly from burping, which traps heat in the atmosphere — in fact, the EPA estimates cows produce 25% of the methane in our environment. And there are animal rights concerns. Lots of people refuse to watch documentaries like Cowspiracy and Food, Inc. because they know they’ll never be able to eat meat after watching. For those people, there are veggie burgers and “Beyond Meat” alternatives.

Of course, all bets are off on September 18 when National Cheeseburger Day rolls around. It’s amazing how a single slice of cheese — milk’s bid for immortality — can take the perfect sandwich and transform it into something even more perfect. So enjoy your favorite burger this holiday, and call us when you want to spend less on taxes and put the savings between two halves of a bun!