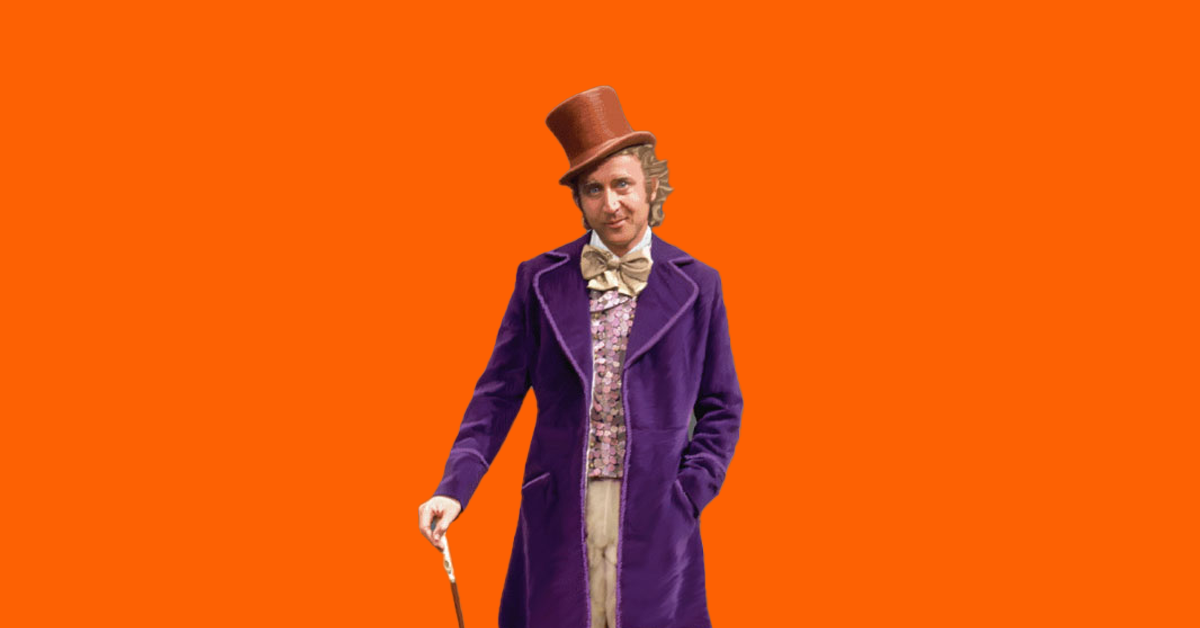 Fifty years ago on June 30, Paramount Pictures released an enchanting spun-sugar delight of a movie that remains a classic. Willie Wonka and the Chocolate Factory features Gene Wilder as the reclusive confectioner who hides five Golden Tickets in his candy bars and promises the finders a tour of his mysterious factory and a lifetime supply of chocolate. It’s a magic ride down a river of chocolate, set to music that snagged an Oscar nomination for Best Original Score.

They say there’s a fine line between genius and insanity. I think we can all agree that Wonka just obliterates it. It takes a genius to stock a candy store with the likes of Squelchy Snorters, Gelatin Frogs, and Scrumpdiddlyumtious bars. But only a madman could look at that ouevre and think, “no, what I really need is some three-course-meal gum, fizzy lifting drink, and flavored wallpaper you can lick.” (The snozzberries taste like snozzberries!)

Sadly, though, Wonka’s genius doesn’t translate to tax planning. As the glass Wonkavator screams into the sky, carrying Wonka, Charlie Bucket, and Grandpa Joe high above the town, Wonka explains that he staged the entire contest to find someone worthy enough to take over the factory when he retires. (It’s scary to think what a guy like Wonka could do in retirement when he has even more time to putter around in the kitchen.) Lucky Charlie doesn’t just win a lifetime supply of chocolate — he wins the factory that makes it!

Here’s the problem. It has to do with something called “basis,” and it’s boring to explain. We all know that when you give someone a gift, it’s gauche for them to sell it. But if they do, when it comes time to pay tax on their gain, they don’t get to start with what it was worth when you gave it to them. They have to use something called “carryover basis” — the amount you would have used if you had sold it. Now, you can say it serves them right for selling your gift. And you’d be right! But it still means paying more.

However, if Wonka waits to bequeath the factory to Charlie at his death, Charlie gets something called “stepped-up basis.” That means if he sells, his basis is the factory’s fair-market value as of the date of Wonka’s death. That lets Charlie avoid tax on the gains during Wonka’s lifetime entirely!

Let’s not forget transfer tax considerations. If Wonka gives the factory to Charlie, there’s gift tax due now — but he avoids transfer tax on future appreciation. If he bequeaths it, there’s an estate tax payable. Wonka appears young and healthy — Wilder was just 37 when he filmed the part — so maybe an irrevocable life insurance trust makes sense. (The Princess Bride’s Dread Pirate Roberts solved a similar problem by creating what was essentially a “dynasty trust” for his title.)

The movie leaves a couple of other important questions unanswered. We know that Wonka paid the Oompa-Loompas with cocoa beans. What are the Section 83(b) consequences of fluctuating commodity prices? And what demented Hollywood producer woke up one morning in 2005 thinking, “Lets remake the whole thing, but with Johnny Depp as a really creepy Wonka”?

At this point, you may be wondering why we’re spoiling childhood memories with boring tax talk. (At least we’re not fat-shaming Augustus Gloop.) But there’s a real lesson here. Someday you might want to sell your chocolate factory, too, whether you inherited it, won it, or built it with your own two hands. When that day comes, we’ve got all sorts of tasty recipes for keeping your gains away from the Slugworths at the IRS! Don’t wait until it’s too late to tax plan.

Or schedule your strategy session at www.RolandManuel.com