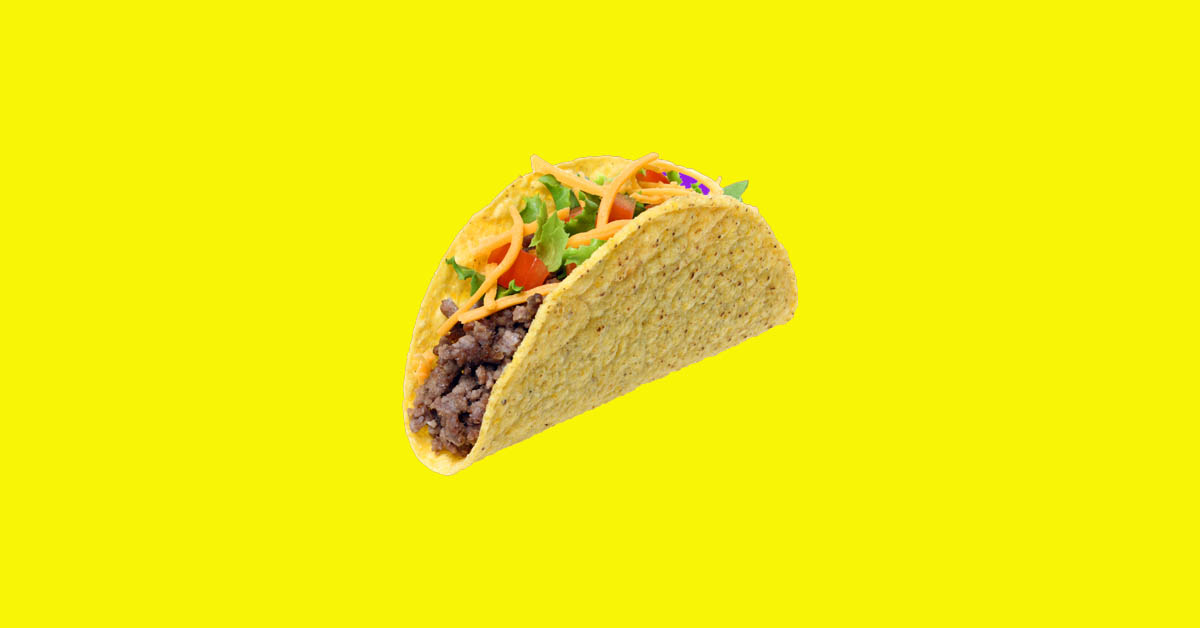 Fifteen months of COVID-19 have changed the face of employment here in America. The pandemic wiped out 20 million jobs, yet employers are struggling to hire while employees reevaluate their post-pandemic plans. Can you spin your old position into a work-from-home opportunity? Should you take advantage of soaring housing prices to make a killing and move somewhere cheaper? Is now finally the time to step off the urban treadmill for that simple life you always said you wanted?

Last week, McCormick & Company — makers of Cholula, French’s, Lawry’s, Old Bay, and Zatarain’s — announced they’re hiring for the coolest job ever: Director of Taco Relations. It’s a dream gig for millions of taco fans everywhere. You’ll be McCormick’s “official eyes and ears for all things taco.” You’ll “make sure nobody ever misses a Taco Tuesday.” You’ll settle meaty taco debates. (Hard shell or soft? Flour or corn?) No previous taco experience required! Best of all, it pays $25,000 per month for just 20 hours per week. Interested? Click here to apply!

OK, there are probably only about three of you who didn’t just leave for a new career. But if you’re still reading, there’s one special feature to tickle our tax pro taste buds, buried deep in the bullet points in the Terms & Conditions section. Specifically: “Execution of an independent contractor agreement will be required.”

That’s right, taco lovers. This isn’t just a J-O-B. It’s a business — with all the tax breaks an independent contractor’s business allows!

McCormick says the engagement includes travel to their HQ in Maryland and “other taco locations in the U.S., approximately 10% of the time.” (We didn’t realize Maryland was a “taco location” — and we can’t see truly embracing the role without exploring south-of-the-border destinations like Oaxaca and Guadalajara — but whatever.) The posting doesn’t say anything about expense reimbursement, so those costs will probably bite into your own pocket. But as a contractor, you can deduct them, whereas W-2 employees are out of luck.

Your contractor status also lets you whip up some tasty benefit plans, like a SEP or 401(k). If you’re married, hire your spouse to help make the tacos and pay them with a medical expense reimbursement plan. Hire your kids as taste-testers for tax-free wages up to $12,550. And while you’ll owe self-employment tax on your Schedule C income, you’ll get to deduct up to 20% of it as qualified business income. If you’re already operating another business as an S corporation, you can run the taco income through it to avoid FICA. The possibilities are as endless as the recipes!

The gig promises “taco immersion (and eating) sessions” and “an assortment of McCormick Taco Seasonings and other McCormick products.” Ordinarily, those would be taxable at fair market value under Code Section 83(a)(1). However, given the nature of the work, we would argue that’s nacho problem — the tacos and spices should be nontaxable under the same principles governing “working condition fringe benefits.”

What’s the catch? Well, the whole thing lasts just four months. But it’s going to change someone’s life, and it might as well be yours! Call us when McCormick or any new employer makes you an offer, and we’ll help you sniff out the freshest tax breaks your new position offers.

If you want to schedule a time to meet virtually, go to www.RolandManuel.com