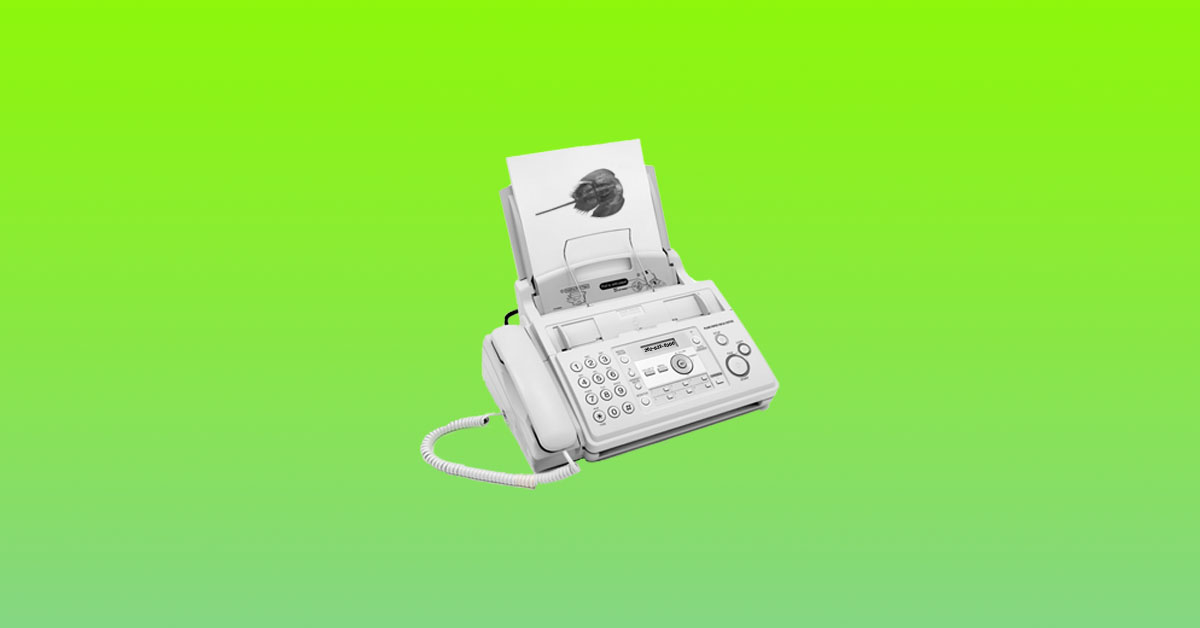 Scientists recently announced finding a fossilized horseshoe crab brain from 310 million years ago. As the New York Times reported, “Siderite, an iron carbonate mineral, accumulated rapidly around the dead creature’s body, forming a mold. With time, as the soft tissue decayed, a white-colored clay mineral called kaolinite filled the void left by the brain.” And here’s the punchline: “While the horseshoe crabs look somewhat different on the outside, the internal brain architecture hadn’t really changed despite being separated by more than 300 million years.”

You probably know plenty of people who act like their brains haven’t evolved in 310 million years. Sometimes it’s endearing, like your favorite old aunt who still sends you a check for $20 on birthdays and Christmas. (Don’t bother telling her about Venmo; she can’t use it on her flip phone anyway.) Sometimes it’s just maddening, like the IRS’s insistence on using faxes for “urgent” communications. (Granted, you probably don’t want them Slacking or texting you.)

But waiting for the IRS to discover email doesn’t matter nearly as much as the system they’re actually administering. The sad reality is that today’s tax code is just as ridiculous as the one they enforced back in 1913. Standard deductions, graduated tax rates, a dizzying array of deductions and loopholes, and even Form 1040 — we’ve had them all from the start.

So how about we stop thinking like a horseshoe crab and try something new? Here’s a new twist on a classic idea for financing government with no 1040s, no April 15th, no “audits from hell,” and no trillion-dollar “tax gap” between what the law requires and what taxpayers actually pay. The answer is a progressive national sales tax. We’ll call it the Collections & Revenue Alternative Baseline, or CRAB tax.

Economists criticize sales taxes as regressive because lower-income families pay a higher percentage of their income. The CRAB tax solves that problem with progressive brackets. For example, car buyers might pay 3% on the first $10,000 of the purchase price, 4% on the next $30,000, 5% on the rest up to $100,000, and 8% on anything above that. Bentley buyers carry more weight. Homebuyers might pay 3% on amounts up to their median county sale price, 4% on amounts between 100-200% of that median, and 5% on amounts above that. Mansion buyers carry more weight, too. Fair?

The best part is, vendors will do all the work at the point of sale. Yes, there will be cheating. But taxing transactions theoretically leaves less incentive for sellers to take cash under the table because they won’t be paying the tax. And now, there won’t be any tax break for hiding your money in a Cayman Islands LLC.

All we need to make it happen is a majority of Congress voting yes. And really, eliminating the income tax is the sort of idea that ought to sail through Washington. Of course, today’s politics are so polarized that you’d have a hard time convincing 100 senators to agree the earth is round. So we probably shouldn’t hold our breath.

You know who else is guilty of thinking with a 310-million-year-old brain? The average tax professional, who thinks putting the “right” numbers in the “right” boxes on the “right” forms is all they need to do! But we know planning is the key, as long as we’re stuck with Form 1040. You know the drill — call us, at 561-655-5777, with your questions so we can help you pay less!

Schedule an online appointment at www.RolandManuel.com