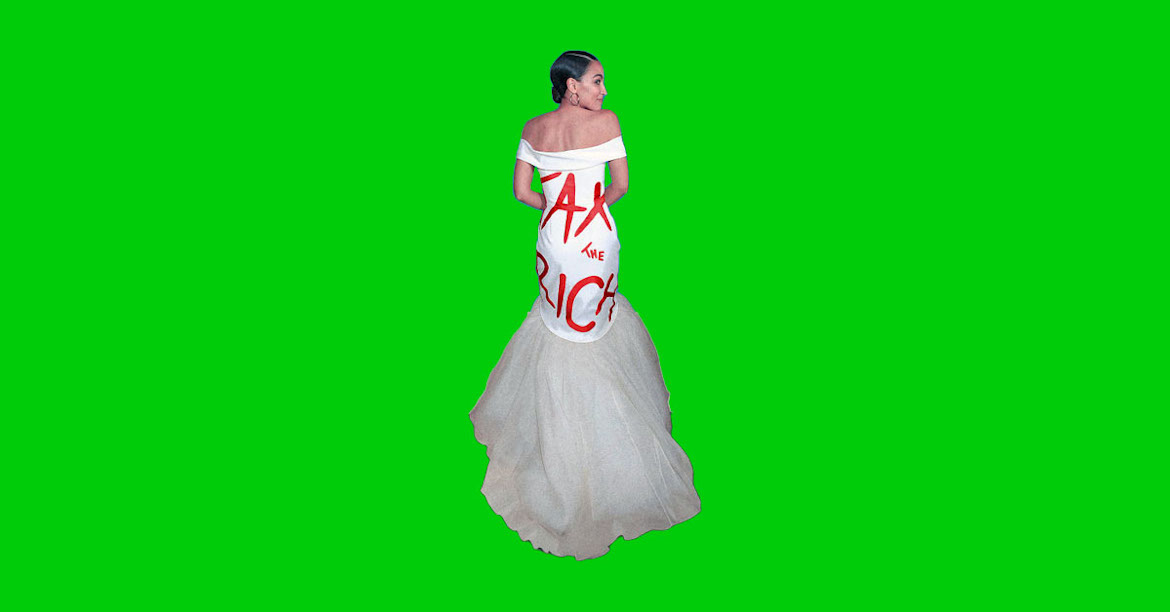 Here’s one thing that’s true no matter what you think about AOC’s politics. Those couture gowns the guests wear to the Met Gala can cost tens of thousands of dollars, and you can’t afford them if you’re wasting money on taxes you don’t have to pay! The good news is, all you have to do is accept our invitation to plan better, and you’ll have a better shot at wowing the paparazzi lining the red carpet.

The men and women who write our nation’s tax laws aren’t known for their sartorial style. Ohio Representative James Traficant, who served 17 years in the people’s House before serving seven years in the “big” house, raised eyebrows with an occasional denim suit. (We’re pretty sure a Canadian tuxedo would get him fined today.) And Texas Representative Charlie Wilson rocked a unique collection of custom shirts featuring epaulets to hold his suspenders and button flap pockets. But most of the men, at least, are content to settle for a gray suit, blue shirt, and red tie straight off the nearest Brooks Brothers rack.

That all changed for a hot minute this fall. New York Representative Alexandria Ocasio-Cortez, a leader of her party’s progressive wing, has called for raising top tax rates to 70%. On September 13, she showed up at the Met Gala wearing a white off-the-shoulder gown by Aurora James emblazoned with the words “Tax the Rich” in bold red satin on the backside. AOC, as she’s universally known, is used to flattering appearances in Mother Jones and Rolling Stone. Now you’ll find her in Vogue and Harper’s Bazaar, too.

Many of AOC’s critics have called her a hypocrite for showing up at a $35,000-per-plate dinner calling for higher taxes. They seem to think her fellow attendees would be offended at her call to pay more. That attack seems misplaced — if you wanted to start a 12-step program for limousine liberals, you probably couldn’t find a better place than the Met Gala. But there’s another tax story here, too: it turns out that designer James, who also dresses Beyonce, Rihanna, and Megan Markle, doesn’t like paying her own taxes. Maybe she just doesn’t consider herself rich?

In 2011, James formed an LLC to manage her business. From April 2018 to April 2019, the IRS has placed $103,220 in liens on the company for failing to pay withholding taxes on her employees’ paychecks. That didn’t stop her from claiming $41,666 in federal Paycheck Protection Program aid. PPP money was supposed to go primarily towards retaining workers and maintaining payroll, which makes you wonder if she sent Uncle Sam the withholdings on any of those wages, either.

The State of New York has piled on, too. The Department of Taxation and Finance has hit the company with 15 warrants for failing to pay state withholding taxes. They’re still waiting for $14,798. And the state Workers’ Compensation Board has fined James $17,000 for not carrying coverage between March 2017 and February 2018. She owes another $62,722 on the account itself.

The good news is, everything’s cool on the tax front with the $1.6 million house that James bought last year in California. Oh wait, it’s not. It turns out she’s already $2,504 behind in property tax on the Tudor-style house in the Hollywood Hills.

James doesn’t seem to like paying her rent, either. In 2018, her former landlord sued her for over $5,000 in unpaid rent at her shop on West 38th Street in Manhattan’s Garment District. Her next landlord filed to collect $25,000 in holdover rent and evict her from a location in trendy Brooklyn.

Contact us today to schedule a strategy session and see if our tax and financial planning can help you save taxes and increase your assets!